In cooperation with the Czech Union of inline hockey, we decided to organize an inline hockey tournament in the city of Prague, the heart of Europe.

Our goal is to reach out to domestic and foreign clubs, who will compete for the challenge cup of Prague city.

APPLICATION FORM AND ENTRY FEE PER TEAM IS €490

Teams may sign up to the tournament on the website www.pragueinlinehockeycup.com. The deadline for the application form is the 27th of April 2022. A deposit of €350 or the full amount of the entry fee must be paid by the latest on the 30th of April 2022 to the bank account 2601196968/2010. Each team must consist of at least 6 players plus one goalkeeper and at most of 12 players plus 2 goalkeepers. In case of a higher number of players, it is necessary to notify the leadership of the tournament to resolve the matter individually.

The teams will be divided into two groups, in with each team will play against every other team. The results of the in-group matches will determine the deployment of the teams in the quarter-final. The quarter-final matches will determine on the teams that will compete for the overall victory in the elimination tournament and the teams that will compete for overall positions in the B elimination tournament.

For all games points shall be awarded as follows:

Top HOTEL PRAHA is approximately 1300 m walk from the stadium. Accommodation in double, triple or four-bed rooms. Rooms are equipped with satellite TV free Wi Fi, a hair dryer, toiletries. In the continental breakfast is included in the hotel. The hotel is available – indoor swimming pool, bowling, gym, tennis courts, restaurants and bars.

Hotel accommodation price per person is 900 Kč / € 35 per person per night.

The number of persons fill in the login form.

EASY STAR is approximately 1300 m walk from the stadium. Accommodation in double, triple or four-bed rooms. Rooms are equipped with seating, bathroom towel. In the continental breakfast is included in the hotel.

The number of persons fill in the login form. 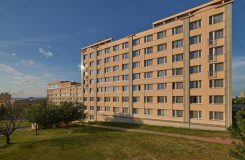 Prague, the capital of Czech Republic is the center of history, social events, sports but also the night life.

Anyone who ever travels to Prague, will enjoy its long history. This is not just about famous landmarks, tales and historical events, of which there are plenty awaiting the visitors, but also traditional Czech food and beverages (especially beer), which is renowned all over the world.

The most famous sights can be found here:

In Prague and everywhere in the Czech Republic are appearing old-style Bohemian restaurants, where roasted and grilled meat is a crucial part of menu, soups served in bread loaves, and the like. The Czech cuisine offers a variety of really great foods. Traditional Czech meal isn’t complete without a Czech beer, which is famous all around the world.

After long exhausting day on the playground this question comes up: Where to have some fun? Below you can find some tips from traditional pubs with harmonists to modern dance clubs, where you can dance until the dawn. Just be careful that you won’t miss the beginning of the match. 🙂

Tips on places where the night is neverending:

Please fill about your team following information. After sending the data to us, you’ll recieve confirmation e-mail.